I always ask my clients if they can determine which parent, if they had two parents, was the me-focused parent (narcissist) and which parent was the others-focused parent (the giver or co-dependent). If you find yourself feeling stuck with a true narcissist, you were likely raised with narcissism in some way.

Some practitioners will boil down complex, dysfunctional relationships with the narcissistic element as parties being either more narcissist like or more co-dependent like – that one wouldn’t be stuck with a narcissist if one were able to sit closer to the middle between these two conditions because neither of you would be served. However, it is just a little more complex than that. 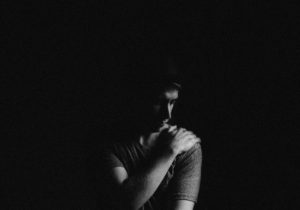 Narcissists are extreme co-dependents and simultaneously extreme self-serving. They do not need you and will drop you at the flip of a switch yet will hang on to you and go to all ends to keep you in their service as long as possible. They will do everything for you and others and completely deplete themselves and ignore their needs (like co-dependents).  They will at the same time completely self-serve (make sure that people who don’t really know them see them receiving awards or other accolades and i.e., create and maintain the appearance they are wonderful) and be devoid of all compassion and caring of your experiences. If we are talking about continuums, one cannot be extremely on both sides of a continuum. A continuum is a line that one falls along at some point, used as method of measurement — you are not fully on both sides. If you were fully on both sides, you would need a different form of measurement. This is one of my pet-peeves about practitioners with PhDs and books about narcissism (NPD), who do not fully understand the vortex of narcissism! They keep posting their blogs online and writing books, but they are missing some key elements of the narcissism disease. Narcissism is so much more than what I am reading online.

Getting sucked into the vortex of narcissism and then getting trapped in it has so many facets to it, it can’t be pinned down to a continuum. While the continuum theory has validity and even usefulness to explain certain aspects of NPD and likely BPD, the entrapped person (victim) goes through more than what’s involved in the narcissistic/co-dependent continuum. If you weren’t a co-dependent when you got deceived by a narcissist, you may feel like one by the time you get away from a narcissist. Luckily, the acquired co-dependency behaviors are not permanent in this case. Being co-dependent does not automatically mean you will find yourself stuck in a narcissist or borderline relationship.

It behooves us to remember that narcissists are damaged to their core. The shame and loathing they experience is happening at the same time that they are believing they are superior beings. These two experiences are simultaneous. It doesn’t sound possible, does it? It is near impossible to comprehend what that is. But it is real and that IS exactly what is happening.

Narcissists will not allow themselves to connect with what originally gave them shame. That shame is buried deep in the amygdala and as we know, the amygdala is hard to access: one has to really want to.  Narcissists do not want to. They have acquired a taste for taking the easy way out! Narcissists learned early in life that manipulation was much more efficient and could get them to their immediate need almost instantly and that need is to get out of the terrible shame feelings as quickly as possible. They have discovered the most efficient way to escape those shame and loathing feelings is to project them onto a targeted someone else or “feed” on someone else in a way where that person is a constant source. So, they get into a “relationship” but not in the way the relationship is designed to work. They believe their target has to pay for their pain. They will never believe that the pain they inflict on their victims could ever be anywhere near the pain they have had to experience in their lives. They must win the pain game too. To a narcissist, the relationship is a game one must win. It is not a place to connect, accept and be accepted, laugh, share and feel safe to be vulnerable.

Narcissists cannot figure out why the “relationship” (of course it is not really relationship) they have created is not working for their prey. They have given you everything – showered you with affection — bought you everything they could —  people are praising them every day at how amazing they are — so why aren’t you? Why aren’t you praising them with appreciation and providing all they now believe they are entitled to after giving you everything? How dare you not bow down and praise them like the god they think they are! And now they are furious! They don’t even like you but they can’t be alone so they keep you in order to serve their agendas, steal your joy, and feed on you. And there it is…narcissism and co-dependency happening at the same time.

The continuum theory has some merits such as: showing how some narcissists have more accentuated traits than other narcissists and some co-dependents have more accentuated co-dependency traits, and a perfect world would be for one to fall in the middle, but it doesn’t completely work for measuring narcissism in a relationship, especially when dealing with co-narcissism in a relationship since narcissists can sit on both sides of the continuum at the same time. Narcissism is a monster we have yet to unpack.

I will do my best to continue to post as time allows. The public has learned a lot about narcissism since 2016 while observing a president displaying the disease publicly.

To learn more about what it is like to be in the vortex of narcissism; and learn the exact tactics that every narcissist uses to inflict pain and keep you drained, and in chaos so you are unable to leave them; and learn how to get free; take my course series called Beating Narcissism at: Yvette The Coach School.